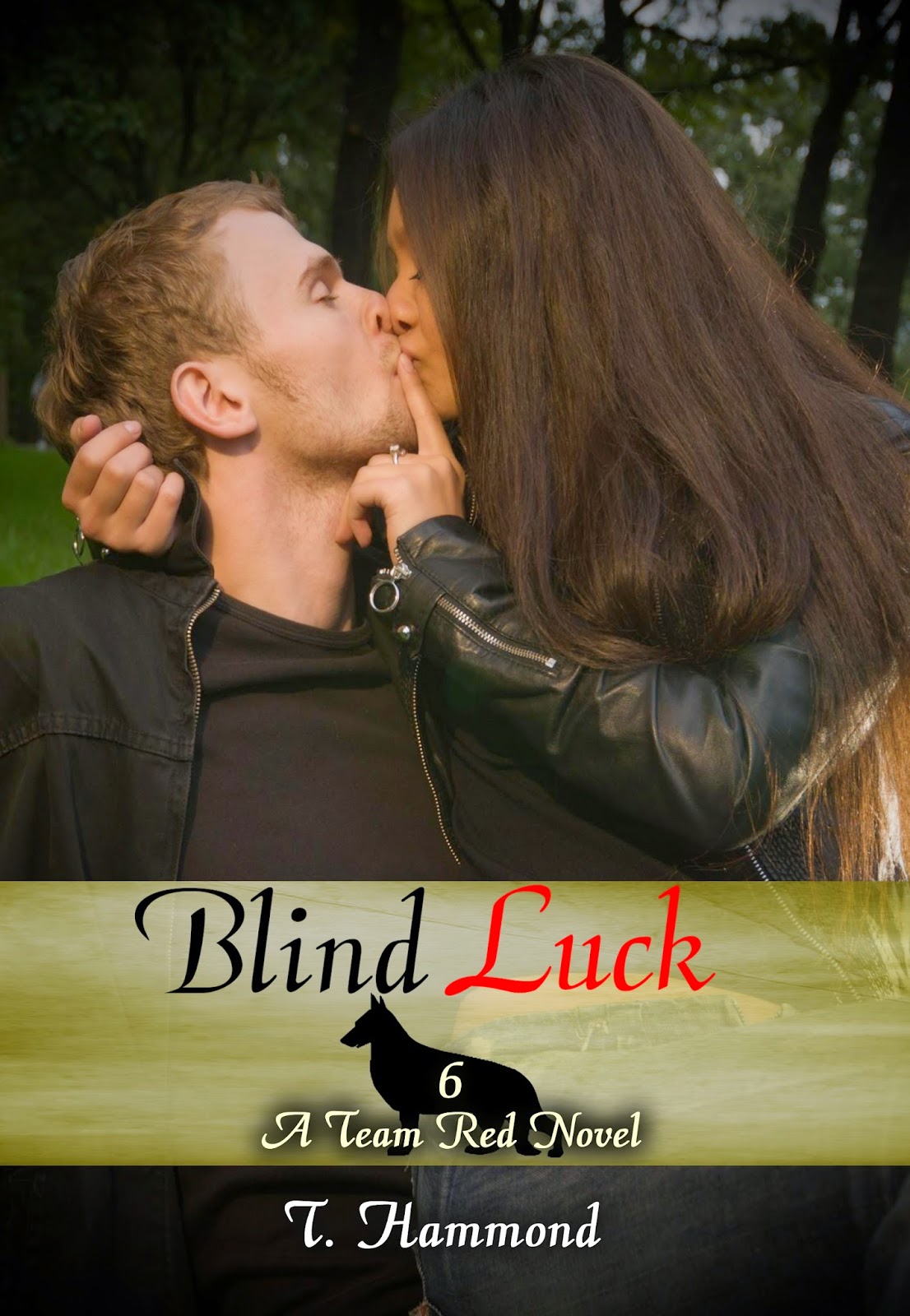 David remains in Spokane at Marcia's bedside, and Bastian is on the East Coast completing PreClan military software installations. Both men worry about Teresa as she and Red close in on the vicious gang cutting a bloody swath of terror through the Sierra Mountains.

Sifting through forensic evidence is barely finished when tragedy strikes; an avalanche and missing skiers whose only hope is top notch rescue dog. Team Red has never been more in demand.

I took my window seat, pulling Frost into the spot beside me, the same as we’d traveled before. He resisted for a split second and then capitulated, once Bas took the seat across from me. The special agent looked around uncertainly, finally deciding to sit next to Bas. His confused glance leapt from Bas to my fingers, linked through Frost’s. I imagined a host of inappropriate thoughts were spinning through his mind. Red sat in the aisle, buckled into his harness by an efficient Mindy, head resting on the table between us so he could observe everyone.

Bas had been well-aware of my intention to sit with Frost, understanding my need to provide support. Of course, Bastian couldn’t let it go. “I see you finally found a way to get your hands on my woman,” he teased.

“Go ahead, mock me.” Frost lifted our linked hands. “I’ve got the prize.”

Bastian gifted me with a warm smile. “You do indeed.” He nodded toward our entwined fingers, “I’ll want those back once we land.”

Frost shrugged with feigned nonchalance. “She may decide she’s happier with the upgrade.” His lifted brow, and the twist of humor canting a corner of his lip, suggested he was the better bargain.

I tried to keep my amusement to myself, but Bas noticed my silent laughter. His suspicious gaze cut sharply to Red, who must have looked guilty (Janey tells me his ears droop, something I can’t see from his perspective). “Something you wanted to add, furball?”

Red ducked his head under the table, giving me a fantastic view of shoes. For as smart as he was, he often reverted to the classic dog-notion, if I can’t see you, you can’t see me.

Other books in the Team Red series: