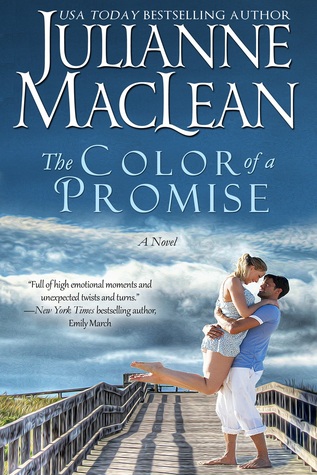 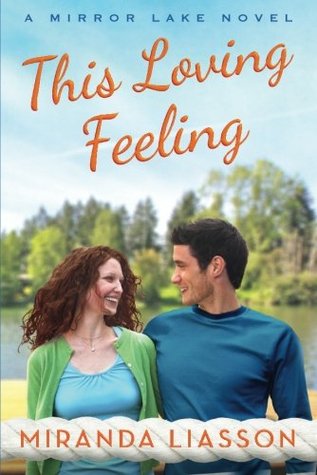 Samantha Rushford’s future looks bright: the high school art teacher is getting ready to leave Mirror Lake and move to Boston with her ambitious boyfriend, and she hopes a diamond ring is just around the corner. But her past still has a hold on her—especially the bittersweet memory of her rebellious ex, who kissed her passionately before he left town without a word.

Since then, Lukas Spikonos has parlayed his rebel ways into life as an up-and-coming recording artist. When he shows up for a surprise gig at the high school prom, Sam is more dumbstruck than starstruck—he used the words of a poem she wrote about their breakup to create a number one hit. But Lukas hasn’t returned just to impress students; he’s facing some real-life responsibilities and needs Sam’s help. But she has her own unresolved issues about the life she wants to lead. Will the music—and the pull of true love and family—put their hearts back in harmony?

This Loving Feeling is an interesting addition to Mirror Lake. Ms. Liasson takes the "first love second chance" approach and ups the ante with a current boyfriend, a celebrity ex, and a child. The back and forth between Samantha and Lukas was fun to watch - they have a comfortable reparte. I also enjoyed reading the aspects of the story that bounced back to when they first met, although there were a couple of times I had trouble telling whether I was in the present or the past.

I almost felt sorry for Sam at the beginning because I feel like she had lost herself in her boyfriend. I was pleased to see her find herself and her strength as the book progressed. Childhood trauma had given Samantha a flawed self-worth and Lukas was the one to help her as a teen, and it took him coming back to realize she'd lost herself again. It was a great story of redemption and finding your true love. 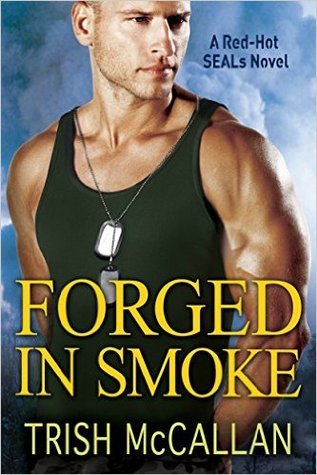 Faith Ansell could never be mistaken for an action hero. The scientist is content in her lab, working with her team on life-changing discoveries. But when a mysterious organization captures her colleagues, she’s forced to flee for her life with SEAL Team 7.

Lieutenant Seth “Rawls” Rawlings, ST7’s corpsman, hasn’t been himself since a near-death experience in the Sierra Nevadas. He’s tense and distracted, and the team caught him arguing with himself—loudly. Despite his erratic behavior, Rawls is the only one Faith feels comfortable confiding her life-threatening secret in.

But Rawls has a secret of his own: his wasn’t the only spirit to return to the physical plane when he was resuscitated. At first, Rawls assumed the “ghost” he saw and heard meant he was having a complete mental breakdown. But the apparition soon becomes convincingly real, and what’s more, he may be the key to the conspiracy looming over them. Rawls had better act quickly because ST7’s race to save their reputations—and Faith’s life—is on.

Forged in Smoke is the 3rd book in the Red-Hot SEALs series. Each book focuses on a different couple and their romantic journey, but the thread of suspense is continued from the first two books. As with the other books, the suspense is page-turning compelling, and I often found myself sitting on the edge of my seat as events unfolded. In addition to the paranormal aspects we've read in previous books, there was an additional element of mysticism in this book. This isn't an area I'm familiar with, or read much, so I found it interesting to read about the activities the author incorporates into this story.

Rawls and Faith's relationship develops under stressful and intense situations, and I enjoyed watching it develop as the story progressed. Faith shows a strength many wouldn't if thrust into similar situations; strength in the situation, strength to take a chance with Rawls, strength of her convictions and her commitment to her work.

A wonderful new addition to the series which makes me really want to know how the suspensful storyline concludes, and how the rest of the company finds their happily-ever-after.

Trish McCallan was born in Oregon and raised in Washington State, where as a child she sold her first crayon-illustrated books for a nickel. This love of writing led her to study the craft at Western Washington University. She worked as a bookkeeper and a human-resource specialist before trading in her day job for a full-time writing career. Her debut novel, Forged in Fire, and its sequel, Forged in Ash, were both finalists for prestigious Romance Writers of America RITA Awards. Forged in Smoke is her third book, and she currently resides in eastern Washington with her three golden retrievers, a black Lab mix, and a cat.

Website: http://www.trishmccallan.com/
Posted by Nancy at 5:00 AM No comments:

Email ThisBlogThis!Share to TwitterShare to FacebookShare to Pinterest
Labels: Weekly Books
Newer Posts Older Posts Home
Subscribe to: Posts (Atom)
Note: All material on this web site is copyrighted c2015. No content may be copied or reproduced without express written permission of the author and proper attribution. Requests may be submitted to nancystopper@gmail.com