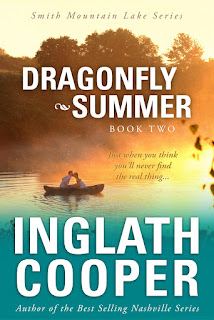 I BELIEVE IT was architect Frank Lloyd Wright who said if you tip the world over on its side, everything loose will land in Los Angeles.

If that’s so, then everything rooted and stable resides in Virginia.

At least that’s how I remember it. As well as memories formed at eight years old can be remembered. I had experienced Virginia for two weeks during a summer camp I was chosen to attend with other city-bound foster kids.

The camp had been held on a farm at Smith Mountain Lake. That week had opened a door to another world for me, a world where people didn't exist for the next fix, the next high. Where children had value beyond being a bargaining chip for drug money.

That summer had provided me with amazing memories that I still draw on today as the picture of what life should look like when it’s going as it should.

But then how long has it been since anything in my life looked as it should?
And what if this place I’m running to has become every bit as random and merciless as the city I just left? The place where I’ve spent the past twenty years of my life working toward something I truly thought I would eventually reach, only to realize I had been there all along. And never recognized it. Never valued it.

We still have a couple of hours to go before we reach Smith Mountain Lake. I glance across the seat at my sleeping son and wonder if I should wake him so he doesn’t miss the incredible views as we travel through Charlottesville with its Blue Ridge Mountain backdrop.

I had considered making a stop at Monticello, Thomas Jefferson’s home, taking an hour or so to tour the grounds, which I have heard are beautiful.

But Evan wouldn’t want to, and if I’m honest, we’d both simply be going through the motions. Saying words just to fill the space, maintain the appearance that we both try to maintain every day. Moving forward without looking back. Trying to take notice of what good there is in front of us. Mostly, failing miserably.

The mountain between us is Reece. Evan's certainty that I could have prevented her from cutting us out of her life. My guilt that he is right.

So I let him sleep. Rolling down the window of the Range Rover and sticking my head out long enough to blow the need to sleep from my own brain.

I’ve been driving since five a.m. Almost twelve hours. Evan has offered to drive numerous times, but I’ve insisted that I’m fine. It’s crazy not to let him relieve me and not something I can even explain, beyond the fact that I feel the need to get us to this new life on my own.

I’m the one, after all, who kept us in a life we should have left six or seven years ago when I started to see the fallout of remaining in L.A. Continuing to work in a career that fosters the perception that problems can be recognized and resolved in forty-two minute episodes.

I had years to recognize and process those going on in my own house. And I failed in the biggest way it is possible to fail. I failed my child.

South of Charlottesville on 29, the road dips and curves a bit more. I pass a couple of state troopers parked in the middle of the highway and check my speed.

The pull of the brakes rouses Evan. He lifts his head and gives me a groggy stare. “Everything all right?”

"How long before we get there?”

“Less than two hours. Are you hungry?”

“I’m fine, Mom,” he says with the edge in his voice that has become more and more the norm.

I decide that silence is the best response and reach out to turn up the music playing from my iPhone through Bluetooth.

Evan manages to turn his back to me, even though he is six-two and wearing a seat belt. His rejection stings. But I don’t blame him.

If I could reject myself, I would.

When asked to tell something about myself, I never know where to start! We’re all made up of so many different interests, beliefs and motivations. I love books, dogs, kind people, spending lots of time outdoors, juicing, making huge salads and fundraising for my local Humane Society.


I fell in love with reading as a little girl, devouring most of the books in my elementary school library. At some point, I decided I wanted to pursue a writing career, creating romance fiction that might provide the hours of entertainment and escape my favorite books have provided for me. I love character-driven books that leave me feeling as if I’ve really known these people and make me wish I didn’t have to turn the last page.

Romance fiction has always appealed to me because it deals with so many of the relationships in a woman’s life. Not only the love of her life, but often her relationship with her mother, sister or best friend. Romance authors have so much room to explore many of the meaningful moments and transitions in women’s lives. And who doesn’t love a good love story?

I most often write stories about love and life that are set in small Virginia towns like the one where I grew up. I like to think the flavor of my hometown shows up in my books both in their setting and through the characters who people it.

I was fortunate to have been chosen as a RITA® Award winner for best long contemporary romance novel given out by Romance Writers of America. My books are available through Amazon.com, BarnesandNoble.com, itunes.com, and Kobobooks.com.

Outside of writing, I’m actively involved in dog rescue, working with The Franklin County Humane Society to place dogs and cats in need of rehoming. Helping an abused or neglected dog go on to have a wonderful life with a family who loves them is more rewarding than I can possibly say!

I wish you many hours of happy reading! If you haven’t already done so, please join my mailing list and you’ll receive a FREE copy of my book Good Guys Love Dogs!