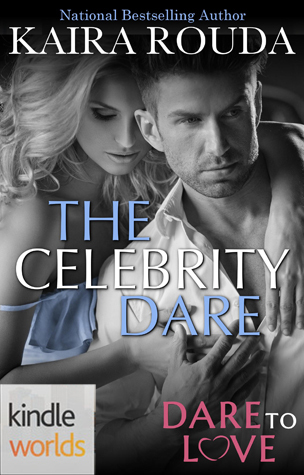 Playboy billionaire and son of a New York City real estate tycoon, Mark Dare is living a great life, living in the city and operating his family’s hotels, nightclubs and cruise ships. He loves his job, and his carefree, no-strings-attached lifestyle. When he agreed to be a celebrity judge/investor on the television show, The Celebrity Dare, he doesn’t think about the show as anything other than a unique way to promote the Dare Real Estate Holdings name. By this, the second season, he’s a television pro. When a gorgeous, vaguely familiar blonde woman walks on stage, he’s instantly mesmerized, ready to buy whatever it is she’s selling.

Piper Sloan is a woman on a mission to save the US food supply, one product at a time. An attorney who left her lucrative law firm job to start the business of her dreams, her friends think she’s crazy, and they just might be right. Funds are running low and in desperation, she applies to be a contestant on The Celebrity Dare, certain charming and hunky billionaire Mark Dare won’t remember their one night together, even if it’s something she will never forget. She’s desperate, willing to do anything to keep her fledgling company afloat.

Sometimes chemistry is more powerful than common sense. And the ingredients of love aren’t always what they seem. 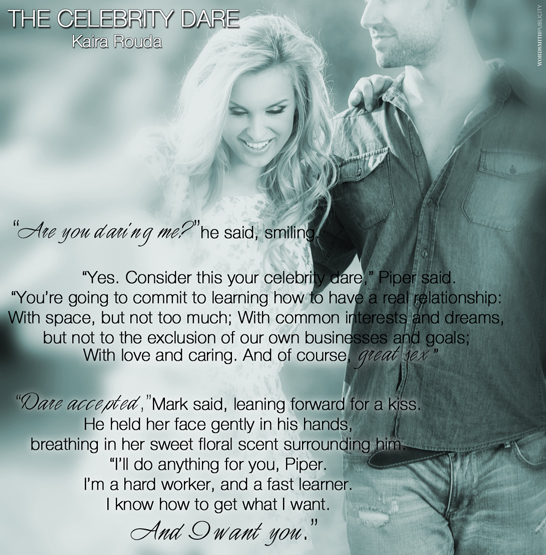 The Celebrity Dare is a novella written in the "Dare to Love" Kindle World. It tells the story of Piper, who has left a lucrative career as a corporate attorney and needs funding to support her vision. She participates in a game show to win her funding and encounters a previous lover, Mark Dare. Mark doesn't even remember her at first, but their chemistry spikes as hot as it did the first time they met. Throughout the story, Piper struggles to fight the attraction, and is wary of reconnecting with Mark because of the way her hurt her the last time.

Mark is immediately attracted to Piper when he meets her, unaware that he'd been with her before. He's horrified as he realizes he's been with Piper before, and commits to making it up to her, and making her his. I enjoyed getting to know both characters and watching them as they found their way to each other.

The story is fast-paced and you immediately connect with the characters. The author does a good job of humbling Mark as he realizes his mistake, yet he remains confident he can win her back. Piper is a confident business woman who is vulnerable because of how she'd been treated. But, together their personalities just click. They each transform through their relationship with each other and find success in and out of the bedroom.

A quick, easy red with a fun happily ever after.

Kaira Rouda is a bestselling, multiple award-winning author of contemporary women's fiction and sexy modern romance novels that sparkle with humor and heart.  Kaira's work has won the Indie Excellence Award, USA Book Awards, the Reader's Choice Awards and honorable mention in the Writer's Digest International Book Awards. Her books have been widely reviewed and featured in leading magazines.