Review: "Anchored in the Bay" by Rachelle Paige 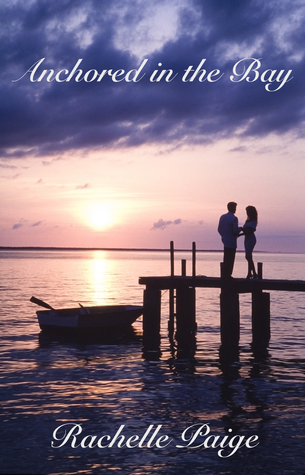 When Emily balked at running away with her childhood sweetheart, Ed, eight years ago, she had no idea he’d disappear from her life. In the years since, she’s managed to push past her pain to open her own business and find love again. Her life feels good, until Ed shows up on her doorstep.

Ed vowed he’d never come back for her. But no matter how many miles, or blondes, he’d put between them, he couldn’t shake her hold on his heart. He’d pictured himself stepping back into her life, but hadn’t counted on her despair over his business or that she’d be pregnant.

Now Ed is fighting both for and against her to win her heart once and for all. But can they find their way back to each other, through years of hurt and with an unexpected baby on the way?

This is the first book that I've read by this author and I was very pleased. This was a fun read with a wide variety of characters. I struggled the most, however, with Emily's character. I didn't like how she let her friend steamroll over her at the beginning of the book. I didn't like the dynamic of the relationship between Emily and Jessica at all - until Jessica finally came to town and I liked her much more after she was there, with Emily, helping Emily. Until then, Emily just continued to allow her friend to walk all over her with a "I'm busy" mantra, with zero respect for Emily's life, and Emily's responsibilities. The other aspect of Emily's character I struggled with was how she was waffling between Ed and Ryan. She wasn't honest with Ed. She wasn't honest with Ryan. And she wasn't honest with herself during the months when the three of them were living in the same town. I really felt that Emily owed it to Ryan to "finish" that relationship, or not, before she did anything that might lead towards one with Ed. But her actions betrayed her and I wasn't sure I liked her for that. I didn't like how abrupt the ending felt (I can't really say more without giving away spoilers) when the story was moving along and then "bang, bang", decisions have been made and life goes on.

All of that said, the storyline moves at a very good pace. I LOVE the character of Francois and I could just picture him in my mind any time he was in a scene. The setting on an island in eastern Canada sounds delightful. There were many twists and turns that I just didn't see coming and things worked out the way they were supposed to work out in the end.

It may sound like I didn't like the book based on my comments above, but that's not actually the case. I didn't like the decisions the character was making, but the book was well written, paced well, and easy to read. You don't have to like the characters of a book, per se, to like the book and that was the case here. Would definitely recommend it to someone looking for a light, romantic read with a happily ever after.

I’ve spent my entire life lost in daydreams and a few years ago put pen to paper and drafted my first novel. Since then I’ve continued to imagine and create. I’m delighted to share my stories with you.


I write romance novels set in some of the most beautiful small towns in America. These real places are magical and inspiring. I hope you’ll agree.

Email ThisBlogThis!Share to TwitterShare to FacebookShare to Pinterest
Labels: 4 stars, Anchored In the Boy, Rachelle Paige