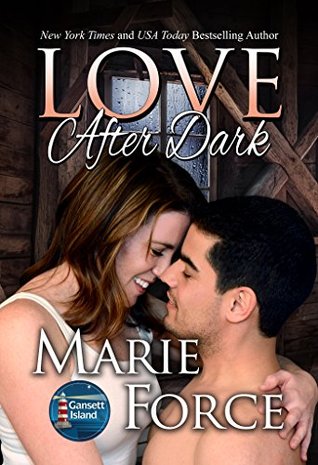 Paul Martinez has been run ragged by the demands of managing the family’s landscaping business and his mother’s battle with dementia. It’s been so long since he had sex, he can’t remember the last time. The arrival of nurse Hope Russell brought some badly needed help to Paul and his brother Alex in managing their mother’s illness, but Hope’s presence has sparked a whole new problem for Paul—lusting after one of his employees, something his late father would never condone.
Hope and her young son Ethan badly need this second chance on Gansett Island, and she’s determined to make her new job work for both of them. Kissing her boss, however, was not part of the plan. The more time she spends with Paul, the more she admires the way he cares for his mother and the attention he pays to her son. But when Paul finds out about her shameful past, will he still want her and Ethan in his life?
Come back to Gansett Island to find out what’s going on with all your favorite characters, including Mac and Maddie, Seamus and Carolina and the rest of the Gansett crew. Weeks before Alex and Jenny’s long-awaited wedding, Alex begins to worry that his bride is getting cold feet—or is something else going on? It’s September on Gansett where the days are cool, bright and sunny and the nights are hot and sexy!

Welcome back to Gansett Island! For fans of the MacCarthys and all of their friends, it's been long overdue. The author has been teasing us with Paul and Hope's story for a while now, so I was excited to actually read it. Before I jump into the story, I need to comment on the cover. The author actually used a real-life newlywed couple as her cover models for Paul and Hope. They are a perfect fit for Paul and Hope! I could just picture them as I read their story. It makes their love feel more real because we KNOW it's real!

Paul and Hope are the feature of Love After Dark. Their love story is delightful. Hope is a single mother and feels the pressures of putting her child first, even at the sake of her own love. She can't get involved with her boss because she needs her job. But we all know that you can't fight love, and it's not long before Paul and Hope are involved. I was heartbroken for Paul and Hope as their relationship progresses and they decide, somewhat mutually, to go their separate ways. Thankfully, Paul has a good confidant in his brother, Alex, who smacks him upside the head and helps him realize what he needs to do to get his happily-ever-after.

The author also includes a difficult storyline - dementia in a family member. Paul and Alex are dealing with the decline of their mother, which was what brought Hope into their lives initially. The author provides a sensitive and emotional look into the family struggles of living with a patient with dementia. My heart broke for Paul, Alex and Hope as they made tough decisions regarding her care.