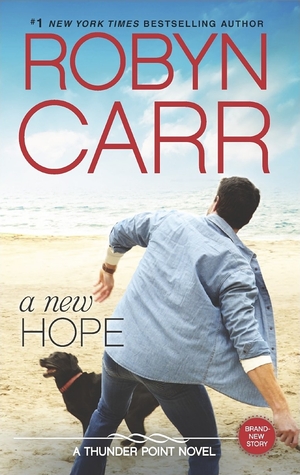 Synopsis:
After losing her child, Ginger Dysart was lost in grief. But since moving to Thunder Point, a small town on the Oregon coast, and with the help of her cousin Ray Anne, Ginger is finally moving forward. Her job at the flower shop is peaceful and fulfilling, and she's excited to start her first big assignment, assisting with the Lacoumette wedding.

In spite of her lasting heartache, Ginger finds herself swept up in the pleasure of the occasion. But the beauty of the Lacoumette farm and the joy of the gregarious family are ruined by an unfortunate encounter with the bride's brother, Matt. Struggling with painful memories of his own recent divorce, Matt makes a drunken spectacle of himself and Ginger when he tries to make a pass at her, forcing Ginger to flee the scene in embarrassment.

But when Matt shows up at the flower shop determined to make amends, what started out as a humiliating first meeting blossoms into something much deeper than either of them expected. Discovering they have a lot in common, they form a solid friendship, though everyone around them worries that Ginger will end up with a broken heart yet again. But if Ginger has the courage to embrace the future, and if Matt can finally learn to let go of the past, there may still be hope for a happy ending.

Every time I read a Robyn Carr novel, its like coming home again. It's so easy to step right back in to the lives of the residents of Thunder Point, even after time away. The author creates a compelling town with delightful residents and I love catching up with old ones and meeting new ones just the same. I finished this book with such a good feeling in my heart and I fell in love with Matt a little myself just as Ginger was falling in love with him! Matt and Ginger are such complex characters with complicated, grief-stricken pasts and both are just doing what they can to get by most days. I think the author's depiction of Ginger's grief over the loss of her child, which we mostly saw in the previous Thunder Point book, was incredibly realistic, and her depiction of Matt's dealing with his own loss was also incredibly genuine. The journey that Matt and Ginger took to each other was joyful but honest, and the maturity that each of them demonstrates is one rarely seen in couples today. The reason the couples in Thunder Point are so blissfully happy and fiercely in love is because the author creates loving relationships based on trust, sharing, and friendship. The drama isn't created for the sake of drama - it's real life experienced by the people living in Thunder Point and it makes you feel like a resident yourself.

In addition to getting a peek into the lives of Matt and Ginger, the book continues the storyline of characters we met in the previous book - One Wish - Grace, Troy, and Winnie. Winnie has moved to town and we get to see glimpses of a mature loving (if not IN love) relationship between Mikhail and Winnie as she continues to suffer from ALS. The love in the relationships we've already seen develop in previous books persists, and we meet new residents of Thunder Point that we know we'll get to know better in subsequent books. If you are a new reader to Thunder Point, never fear. This book reads just as well as a standalone - you'll love the characters you meet, and get a complete story of Ginger and Matt's love, but I guarantee you'll be headed back to the beginning of the series because you'll need to get to know the other folks in town, have a sandwich from Carrie, or check out some of the other folks hanging out on the beach outside Coopers. I leave A New Hope with a wonderful feeling in my heart but a yearning to head back to Thunder Point soon.