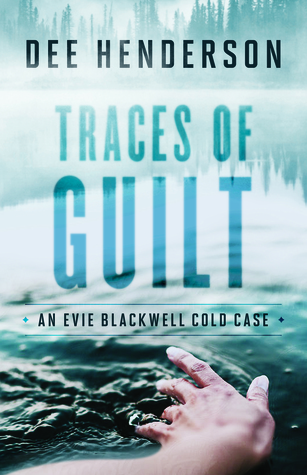 Evie Blackwell loves her life as an Illinois State Police Detective . . . mostly. She's very skilled at investigations and has steadily moved up through the ranks. She would like to find Mr. Right, but she has a hard time imagining how marriage could work, considering the demands of her job.
Gabriel Thane is a lifetime resident of Carin County and now its sheriff, a job he loves. Gabe is committed to upholding the law and cares deeply for the residents he's sworn to protect. He too would like to find a lifetime companion, a marriage like his parents have. . . .

When Evie arrives in Carin, Illinois, it's to help launch a new task force dedicated to reexamining unsolved crimes across the state. Spearheading this trial run, Evie will work with the sheriff's department on a couple of its most troubling missing-persons cases. As she reexamines old evidence to pull out a few tenuous new leads, she unearths a surprising connection . . . possibly to a third cold case. Evie's determined to solve the cases before she leaves Carin County, and Sheriff Thane, along with his family, will be key to those answers.

Traces of Guilt is another intensely emotional, gut wrenching mystery from Dee Henderson. While categorized as a romantic suspense, I would say its more of a mystery with Christian and romantic elements. There are glimpses of romance between the two main characters: Evie and Gabe, but the romantic story is not the primary purpose of the book. The mystery was well written and I found myself following threads right along with the characters, hoping to find the answers at the end. Ms. Henderson sends the reader down several rabbit holes, convinced of the answer long before the final answer presents itself. I found myself wanting it to be each of the ideas the characters explored, because Ms. Henderson presents compelling reasons why each solution could be reality

We meet a new cast of characters in Carin, Illinois and also re-engage with favorites from other Dee Henderson books. Ann Falcon. I just love her. From the minute we met her in her own story, through the many subsequent books where Ann makes an appearance, I love her even more. I love the life that she has carved out for herself, the relationship she has with her husband, and the wisdom she brings to each situation she's a part of. I see Ann as the voice of reason and the conscience of the characters in the story. She's a wonderful character and brings an additional depth to any story she's in. Additionally, Ms. Henderson introduces the Thane family and I fell a little bit in love with Gabe from the beginning. The Thane family is a great model family showing how a family can remain close even despite some fundamental differences in faith. 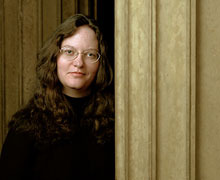