Review: "You'll be Mine" by Marie Force 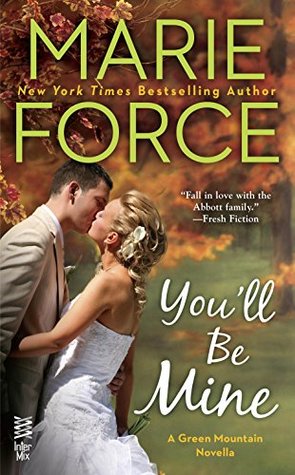 Synopsis:
Green Mountain short story You'll Be Mine. Will Abbott and Cameron Murphy are finally ready to tie the knot—as long as family, friends and a love-struck moose don’t get in the way.

In true Marie Force fashion, You'll Be Mine is steamy! Not for the faint of heart, but passionate and intimate and loving. There are also lots of laughs, a few little hints into what's coming in the future. And even a heartbroken moose. Fred's crush on Cameron was an important part of You'll Be Mine, and I can only hope he gets some closure after his heart is broken.

I loved You'll Be Mine and loved that we got to see Will and Cameron's wedding center stage, and a brief opportunity to check-in with our other favorite Abbotts. And it was a nice way to pass the time until our next full installment in the Green Mountain Series. Well done, Marie Force.