Review: "Wait for Me" by Elisabeth Naughton 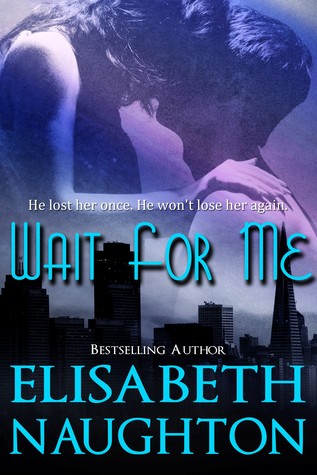 A woman without a past…

After a tragic accident left her with no memory, Kate Alexander struggled to fit in with a husband and world that didn’t feel right. She’s had no reason to question what friends and family have told her, not until her husband is suddenly killed and she finds a photo of a young girl in his office. A girl who can’t be anyone but a daughter Kate didn’t know she had.

A man desperate for a reason to live…

Ryan Harrison lost his wife in a plane crash five years ago. To cope with the pain of her loss, he dedicated himself to his job and to raising their daughter. Now a successful pharmaceutical executive, Ryan has everything a man could want—money, fame and power—but he’d give it all up in a heartbeat for just one more day with the woman he still loves.

Two lives about to converge.

As Kate begins to dig into a past she doesn’t remember, evidence leads her to San Francisco and puts her on the path toward Ryan, a man who sees in her the woman he loved and lost. Kate feels a draw to Ryan, one she can’t explain, but is that feeling enough to convince her this is where she’s supposed to be? As Ryan and Kate search for answers, they uncover lies long buried, a passion hotter than either expected and a danger that threatens…even now…when the second chance they’ve both been searching for is finally within reach.

My Review:
This isn't the first time I've read Wait for Me. It's not even the second time. Wait for Me is a book that has stayed with me since the first time I read it, and I was drawn to read it again recently. It's definitely a permanent addition to me "Read Again" pile.

The character development in this book is compelling. The characters are real and you can relate to them. I really enjoyed Ryan's daughter Julia, who has a smart mouth and a sassy attitude, probably coming from her formative years spent with her father and uncle. Ryan is completely alpha and wears his emotions on his sleeve - he couldn't hide anything from the reader, or from Kate. What often comes across as anger from Ryan is really fear. Kate is a strong woman who has endured so much - even the reader doesn't realize the extent of what she's endured until the end of the book. Her emotions are also just under the surface because she's being bombarded with the present and the past intermingling. There are strong supporting characters in Mitch, Ryan's brother-in-law and best friend, and Simone, Kate's lawyer. The four of them work together to peel back the onion of the mystery that has brought Kate to San Francisco and exposed a five year old mystery.

The story flows naturally, with the romance and suspenseful aspects of the story masterfully interwoven. The author keeps the reader engaged and guessing about the culprits until the very last page. The story is fast-paced and matches the emotions of the characters as they are bombarded and overwhelmed by what's happening to them. Despite knowing the final outcome, the book has kept me captivated each time I read it. It will go back on my "Read Again" list and I know I'll enjoy it every time I read it. 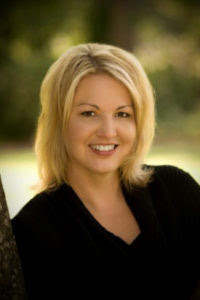 Before topping multiple bestseller lists—including those of the New York Times, USA Today, and the Wall Street Journal—Elisabeth Naughton taught middle school science. A rabid reader, she soon discovered she had a knack for creating stories with a chemistry of their own. The spark turned to a flame, and Naughton now writes full-time. Besides topping bestseller lists, her books have been nominated for some of the industry’s most prestigious awards, such as the RITA® and Golden Heart Awards from Romance Writers of America, the Australian Romance Reader Awards, and the Golden Leaf Award. When not dreaming up new stories, Naughton can be found spending time with her husband and three children in their western Oregon home.

Email ThisBlogThis!Share to TwitterShare to FacebookShare to Pinterest
Labels: 5 stars, Against All Odds, Elisabeth Naughton, Wait for Me