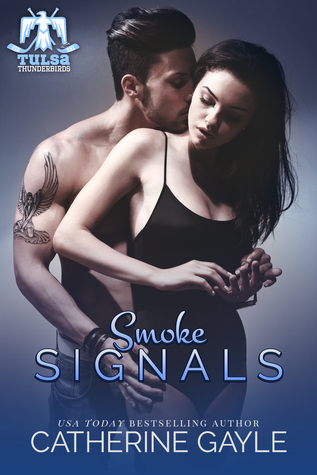 Desperation changes a person. Leads them to do things they never would have dreamed.

Thanks to his mother, Ray “Razor” Chambers knows what desperation can lead a person to do. But as a defenseman for the Tulsa Thunderbirds, those days are long in the past for both of them. His best buddy is about to get hitched in Vegas when a woman whose eyes are filled with an all-too-familiar haunted look approaches Razor. She makes him a proposition, and he knows he’s witnessing yet another act borne of desperation.

Viktoriya Dubrovskaya knows all about desperation, too. She came to America to study ballet and escape a fate no one should have to bear. She can never go home again. She’s broke and broken, not to mention in survival mode. Viktoriya turned to the only help offered, but in the end it stripped her of everything she was and all she wanted. Now she’s out of time, money, and options…until she sees Razor.

There’s no chance he’ll take her up on what she’s offering, but he suggests a counter-proposal—one involving a ring, a green card, and the chance to reclaim her body. It’s an opportunity she can’t pass up, but for Viktoriya and Razor, learning to live together as husband and wife is as foreign as interpreting Smoke Signals. And where there’s smoke, there’s usually fire.

Smoke Signals, the second book in the Tulsa Thunderbirds series, is the story of Razor and Tori. Razor is in Las Vegas to participate in Babs and Katie's wedding. Razor and Tori's story is dark and deep and emotional, and I couldn't stop reading it. For readers sensitive to emotional issues surrounding sexual abuse, this book may not be for you. But, Catherine Gayle does a masterful job of weaving a dark and complicated childhood for Razor, making him singularly qualified to identify the root of Tori's issues. He sees in her a depth of pain and suffering that he recognizes for what it is, and feels drawn to help her.

The depth of the characters in this book is astounding. Each time you think you've seen everything influencing Tori's life, Razor peels back the onion and discovers more. And behind Razor's gruff exterior is a heart of gold and a sensitive side. His relationship with Tori starts as a solution to a problem and results in love. I think both Tori and Razor were shocked with the direction their relationship turned, but with the depth of emotion each has to pour into the relationship, its no wonder. By each of them exposing the rawest parts of themselves, they also opened themselves up to love.

I love Razor's mother - it's not often you see a grown man so comfortable discussing sex with his mother, but the author crafted these conversations so they were as natural as discussing what they wanted for dinner. The entire supporting cast of characters completes this book, and we catch up with Hunter and Tallie, and get to know other members of the Tulsa Thunderbirds a bit better. Dima played a critical role in Smoke Signals,  as he is Tori's connection back to her Russian roots. I look forward to his happily ever after.

I had almost written off the Tulsa Thunderbirds after the first book, deciding that maybe this series wasn't for me. But Smoke Signals has redeemed my hope in this series, and the emotional depth of the stories in this group, and I look forward to the next installment.