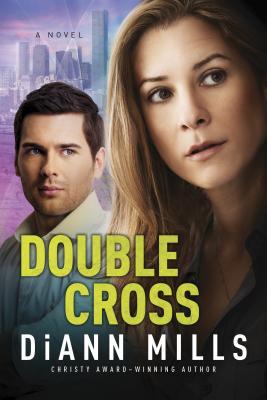 FBI Agent Laurel Evertson's investigation into a scam targeting the elderly takes an unexpected twist when key evidence leads her to Morton Wilmington, a felon she arrested five years ago on her first undercover assignment. That case has haunted her since, and though she's vowed to forget Wilmington--and what she sacrificed to put him away--he is now her best lead.  Houston Police Officer Daniel Hilton fears his grandparents may be the scammer's next targets, and he'll do anything to protect his family--even force interagency cooperation. But he's quickly drawn to Laurel's empathy and zeal and agrees to follow her lead . . . even if it means teaming up with a felon.  As the unlikely trio uncovers evidence suggesting the scam is more extensive and deadly than they imagined, both Laurel and Daniel find themselves in the crosshairs of a killer.  Together they must decide if they can trust Wilmington's claims of redemption, or if he's leading them straight into a double cross.


Double Cross is the second book in the FBI: Houston series, but it can be read stand-alone.  As a matter of fact, other than Laurel, there were few if any references to the previous book.  The book started with Laurel suffering a tremendous loss and redirecting her career as a result.  What we learn throughout the book, however, is that this is not her first loss - and the continued loss of those she loved in her life has made her unwilling to love, or be loved.  Laurel is a flawed character and I enjoyed how the author didn't make this a "bubble gum, feel good" Christian romance.  The author demonstrated that living your faith is hard, and you struggle, and sometimes you turn away - and those with the patience to see you through those times are the ones to grab hold of and hold on. Laurel's lack of faith in the beginning put her in a position that Daniel was "not for her". He lived his faith, and that was a problem for her because she had turned away from God, believing He had turned from her.

Daniel's life is content - going to work, caring for his grandparents, his faith in God.  He doesn't believe he needs a woman in his life.  But once he meets Laurel, his feelings begin to change.  While Daniel is comfortable in his faith, he is also not "in your face" about his faith with Laurel.  He admits freely that his faith is part of who he is, and he practices and demonstrates his faith comfortably (praying before his meal despite the fact that she was uncomfortable).  I liked that he believed that Laurel would see God through his life and didn't feel the need to proselytize or evangelize to her - he simply lived his life and allowed his faith to be demonstrated.  I enjoyed watching his feelings for Laurel develop over time although there were times I felt as though there were aspects of their relationship that were "glossed over" where they could have been developed a bit more.

There were several times in the book where the characters "conveyed the story" (i.e. the author used the words conveyed the story) rather than repeating what had happened and I felt that a bit more details could have been included in those areas.  I also felt at the beginning of the book that the author overused the phrase "ended the call".  There was a whole lot of "ending the call" going on at the beginning - it either didn't continue as the book continued, or I became desensitized to its inclusion because I didn't feel that way as the book finished.

I loved Gram's character - she is spunky and fiesty and a perfect inclusion in the story. She kept Daniel grounded but chose to see what he could not see for himself. The story of her background was unexpected but I felt contributed to the development of the story and gave Laurel an opening to realize that she too could truly move forward from her tragedies.

Without giving away the ending, I can say that I liked how the story ended with patience winning out in the end.  Daniel's surprise at Laurel's "work" over the past few months, and her growing relationship with Gram was refreshing and I could truly feel the anxiety he and Laurel felt as they were feeling their way through at the end. Despite my few critiques about the writing style listed above, I enjoyed reading this installment in the FBI: Houston series.  I recommend it to anyone who enjoys reading Romantic Suspense - even if a Christian romance isn't your "cup of tea" - because the faith is there but doesn't overwhelm or monopolize the story, it enhances it and shows that people of faith can be flawed, have struggles, suffer tragedies, and have happiness in their life.

Goodreads - Amazon - Barnes and Noble - Kobo
Posted by Nancy at 8:00 AM