Review: "The Best for Last" by Maria Geraci 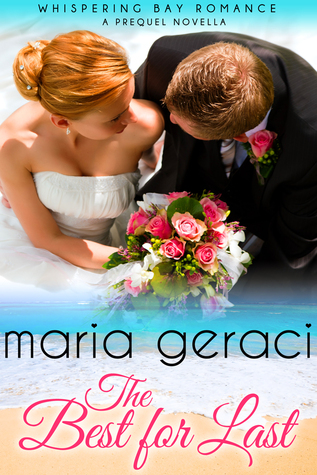 Welcome back to a world where smart heroines and hot heroes collide in the picturesque beach town of Whispering Bay!

Kitty Burke’s biological clock isn’t just ticking, it’s gonging. But who wants to be tied down by marriage and a minivan when you have an amazingly sexy boyfriend who worships the ground you walk on? Sure, Steve has never said those three magic words. But, Kitty knows he loves her. Some guys just have a hard time expressing their feelings, right? Right.

After three failed marriages, Steve Pappas is in no hurry to walk down the aisle a fourth time. As a matter of fact, he has no desire to ever say “I do” again. He’s a successful self-made millionaire, but despite the best of intentions, marriage is one arena he’s been unable to conquer. Kitty is funny, sexy, and whip smart—everything Steve has ever wanted in a woman and more. Their life is perfect the way it is now. So why rock the boat and ruin everything with a piece of paper that doesn’t mean anything?

When Kitty’s aging playboy father unexpectedly decides to tie the knot, Kitty realizes she’s been fooling herself. She does want it all—marriage, kids, but most especially, a man who isn’t afraid to openly declare his feelings. Can she convince her commitment-phobic boyfriend to take the ultimate chance? Or will she be forced to settle for Happy For Now instead of Happily Ever After?

The Best for Last is a humorous, fun, romantic, sexy book that brings you back to the beginning of the Whispering Bay series. A perfect read for a reader new to Maria Geraci and just right for a seasoned resident of Whispering Bay who wanted to know how Steve and Kitty got their start. I think I smiled the entire time I read this book, even during the times I felt like crying. I really loved how Steve couldn't win for losing with everything he was trying - it is so typical of a man unused to and uncomfortable with expressing his feelings. And Kitty's insecurities were also well done and fed into by the crazy, hilarious residents of Whispering Bay. What a great prequel to the series. 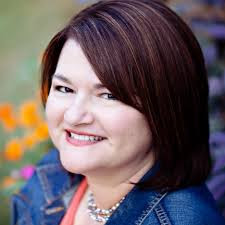