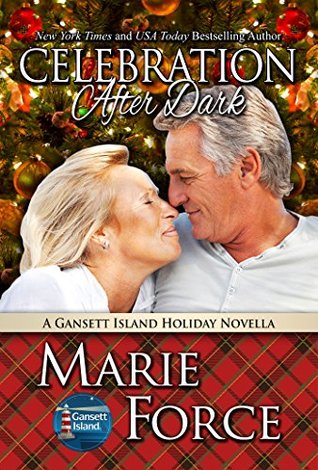 On the occasion of their 40th wedding anniversary, Big Mac and Linda McCarthy take a look back at how they came to be, while each of their children confront a new challenge in their own lives. Come to Gansett Island to celebrate the holidays and the anniversary of the island's most loved couple! More than 40,000 words.

Fans of Gansett Island, and specifically the McCarthy family, have been long awaiting the love story of the couple that started it all - Mac and Linda. Told in flashbacks to when they met, Mac and Linda's love story is sweet and endearing. Interspersed with their memories of the past on the occasion of their 40th anniversary, readers get a check-in with each of their favorite McCarthy children. It's a great addition to the Gansett Island series and a fun way to show us how the McCarthys got their start. Mac and Linda are as wonderful as ever, and this reader loved seeing how the rest of the family is doing and catch up with weddings, babies, and other important life events.

While her husband was in the Navy, Marie lived in Spain, Maryland and Florida, and she is now settled in her home state of Rhode Island. She is the mother of one young adult and one teenager and two feisty dogs, Brandy and Louie.